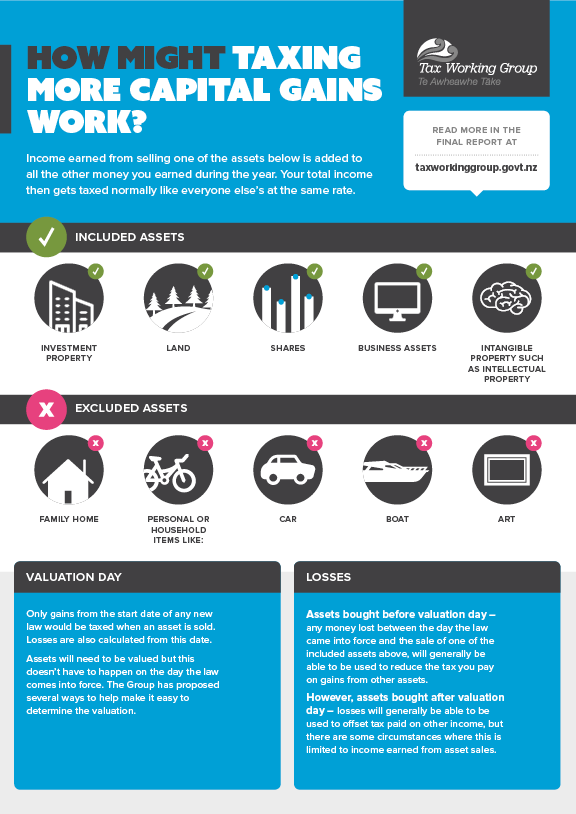 A tax on more capital gains would be applied differently depending on the asset.

Here are some examples of how the Group’s proposals would work with property, shares and managed funds.

The Tax Working Group has a proposal to tax more capital gains, but how might this work?

If you make a gain selling one of these assets, it will be added to your income for the year. Your total income then gets taxed normally like everyone else’s.

It works a little differently for each asset.

Managed funds, like KiwiSaver, would work a bit differently.  Your Fund Manager would pay any tax on the gains from your account each year, according to the tax rate you had selected.  For example, if the value of your Australian and New Zealand shares in your KiwiSaver increased by $1,000, and your tax rate for KiwiSaver was 28%, your Fund Manager would pay $280 from your account to Inland Revenue. If your KiwiSaver lost that amount during the year, then you would get $280 back from Inland Revenue.

The Tax Working Group has recommended some reductions to KiwiSaver taxes to ensure that low- and middle-income New Zealanders are better off overall.